Three teams from the 2019 cohort in India completed and graduated from the Global Sprint Development Program. The SPRINT program is a 6-month Career Development Journey, designed to accelerate the development and visibility of our Diverse talent. Components of the journey are a DISC Assessment, Learning Library, and a self-paced project. At the end of the 6 months, each of the teams presented their ideas after intensive. Congratulations to all the participants! Learn more about Pitney Bowes Leadership programs here. 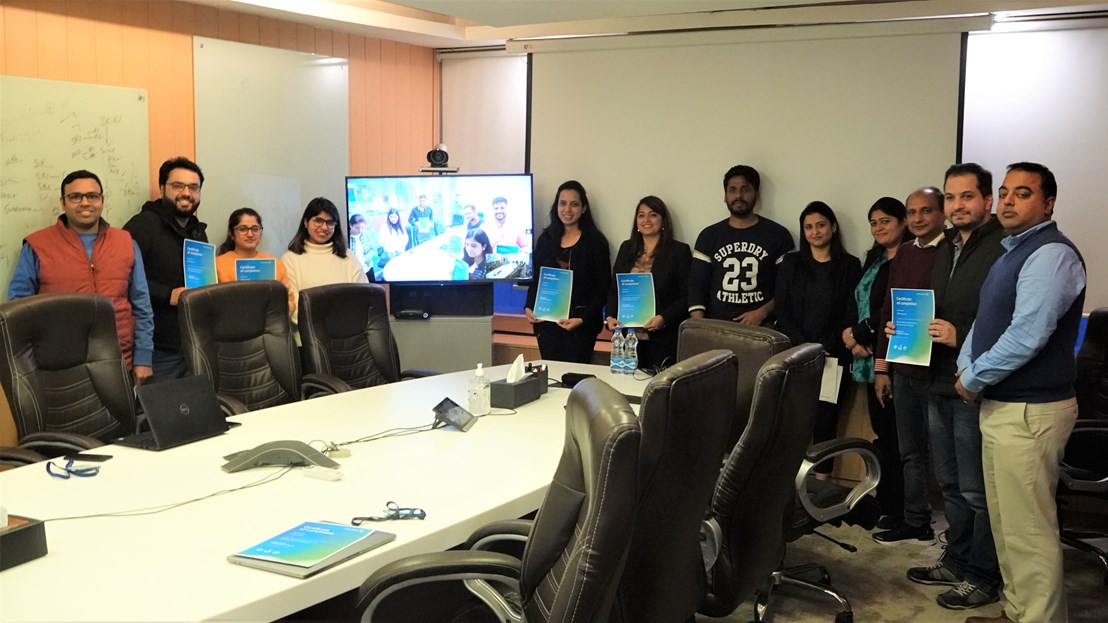 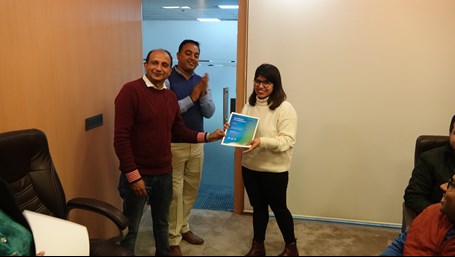 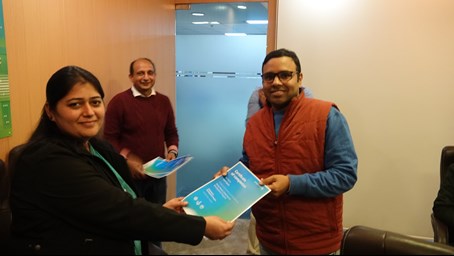 United Way and Pitney Bowes have a long, rich history of partnering together to build stronger communities. In fact, Pitney Bowes was the driving force supporting the development of the United Way out of the Stamford Community Chest Organization in our Stamford, Connecticut World Headquarters community. The first Stamford “United Fund” community campaign (1955) was chaired by PB’s Harry Nordberg, and Walter Wheeler, Jr., led the industrial advance gifts portion of the campaign. This campaign set an all-time national record for federated fundraising. Both the kick-off event and victory dinner for the first campaign (and many subsequent ones) were hosted at PB’s headquarters. 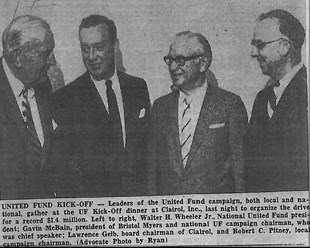 PB Chairman and President Walter H. Wheeler, Jr. served as national chairman of the United Community Campaigns of America. Wheeler even appeared on national television in September 1965 with President Lyndon Baines Johnson on behalf of the then 2,200 United Funds and Councils in North America. The company is a recipient of the United Way’s highest corporate honor, the Spirit of America Award. Currently, Mark Ouellette, VP, Global Sales Operations represents Pitney Bowes on the board of the United Way of Western Connecticut serving Danbury and Stamford, and Brian Diehl, VP, Global Manufacturing and Logistics represents the company on the board of the Valley United Way serving Shelton, Connecticut.

United Way Worldwide and local United Ways around the world have been key partners for our Global Corporate Citizenship & Philanthropy programs for decades, especially for our Employee Giving Campaign (with active campaigns in the US, UK, Canada, Australia, India and Japan) and our Dedication to Education volunteer program.

This year’s Giving Campaign is currently under way. Through this program, the company facilitates employee charitable giving through payroll deduction in several countries, and the Pitney Bowes Foundation matches employee giving in all participating locations. And because the company pays all administrative costs, 100% of our employees’ contributions and the Pitney Bowes Foundation’s matching funds go directly to charity.

Every donation, no matter how small, makes a difference. Collectively, we gave $2.7 million to more than 1,800 charities last year.

“The scope of Pitney Bowes’ contributions to United Way cannot be understated. Pitney employees have dedicated their volunteer time, their treasure and their advocacy in a way that sets it apart from other companies,” said Kim Morgan, Chief Executive Officer of the United Way of Western CT.

Congratulations to our 2018/2019 EiC cohort on their recent graduation! 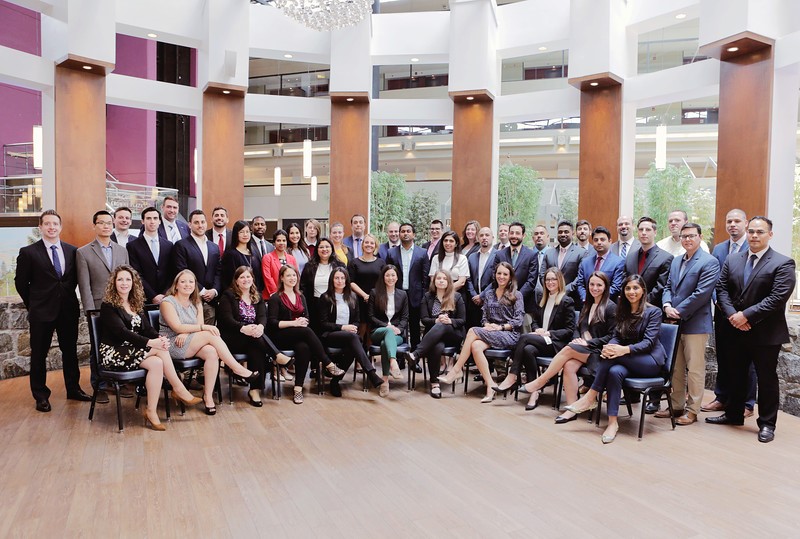 PB’s Global ‘Early in Career’ Leadership program just culminated with 6 presentations to our CEO and executive Leadership team with strategic business recommendations after 6 months of intensive research, 1 of which was approved on the spot by our CEO. 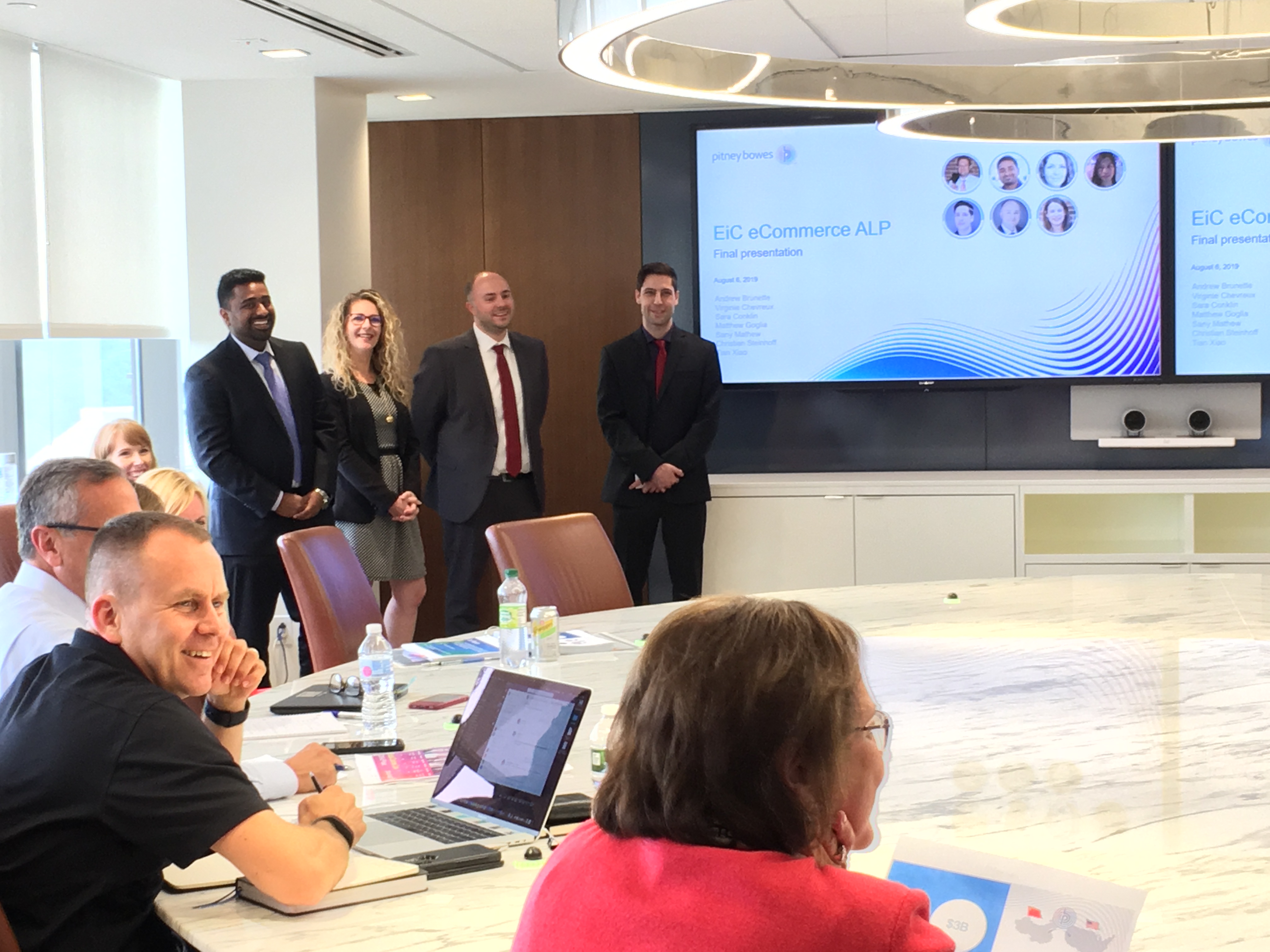 Every two years around 45 ‘Early in Career’ employees are chosen to participate in this 18 month global program that involves Executive Mentorship, Personality Assessments, trainings on Business Acumen, and participation in Global Action Learning Projects. Learn more about the EIC program.

Internships were once thought of as little more than resume builders for interns and inexpensive labor for businesses. Today, however, corporate internships are highly sought-after positions attracting the best and brightest talent, offering real-world exposure and career insights to interns and providing valuable new energy and fresh perspectives to businesses. The Pitney Bowes internship program actively recruits at many college campuses to find interns like Avirat (Avi) Gaikwad who was offered a full-time position as a Global Reporting Data Analyst.

Avi was working towards his Master’s in Engineering Management at Northeastern University when he applied to the Pitney Bowes internship program. Specializing in Data Analytics and Business Intelligence, he was already fluent in many of the computer applications that Wiser Brown, Manager of Global Reporting Analytics, had highlighted when he requested an Information Management intern for the Global Reporting and Analytics team. 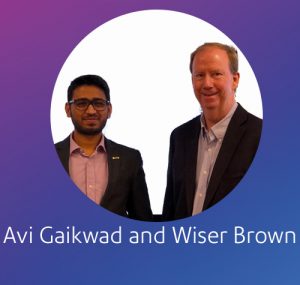 Avi was brought on to help streamline the reporting process for various teams within Pitney Bowes. These ‘hard’ skills were precisely what Wiser was looking for when he imagined this internship position. But Avi’s skill set went far beyond charts and analytics. “It was Avi’s intuition, innovation and positive attitude that really set him up for success. He was always hungry for new projects and challenges. He had a natural curiosity that translated to solving problems where he could and a willingness to help on anything else.”

These ‘soft skills’ are hard to codify on an application or resume but in the end, helped confirm Wiser’s decision to offer Avi a full-time position. “The internship position had been developed with a full time Reporting Analyst position in mind,” said Wiser. “But the extended co-op/internship program that Northeastern and many universities now allow provided a longer runway to discover these traits and talents. Over the six month internship, Avi established strong relationships that were incredibly helpful to our team once he transitioned to full time.”

Value to PB. Value to Avi.

Unlike the envelope-stuffing internships of yesteryear, Avi and other recent interns have both gained and added meaningful and measurable value during their stint at PB.

For Avi, this internship offered a chance to apply what he had learned in the classroom. “It reinforced the skills I had learned and gave me real-world opportunities to leverage them and learn others,” said Avi. One of Avi’s biggest takeaways was patience. “At the university, everyone is focused on completing one project,” said Avi. “In business, there are competing priorities the different stakeholders are juggling that ultimately sets the pace of a project.” This helped prepare

By Donna Scheitlin and Angela Spears

Pitney Bowes introduces Career Empowerment Week, supporting our continued commitment to developing our talent.  October 9th through the 12th employees will have an opportunity to participate in a variety of workshops, panel discussions, coaching sessions and interactive events.  This self-paced experience is designed to help employees fuel their development and take the reins for
charting their career path. Employees are encouraged to take at least one action each day to invest in their professional growth and development.

The theme of the week is REBOOT.

Each day will bring focus to new and existing resources that encourage employees to reflect on interests and skills, explore resources, build networks and own career plans.

On Wednesday October 10th the Career Empowerment Expo will take place. Employees in person and around the world via Skype will be able to participate in various events, including:

Tools, content and resources will be shared on an ongoing basis for participants and employees around the world.

Cookie Control: We use cookies to ensure that we give you the best experience on our website. Some of these cookies are essential to make our site work and others help us to improve by giving us some insight into how the site is being used. By using our site you accept the terms of our Privacy Policy.OkPrivacy policy
Scroll to top